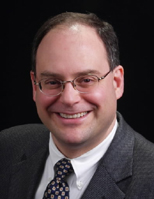 Jeff Jacobson works as a strategist, consultant, lobbyist, and policy expert for a range of business and non-profit clients. His primary focus is on helping his clients better understand and influence state policy-making in Ohio.