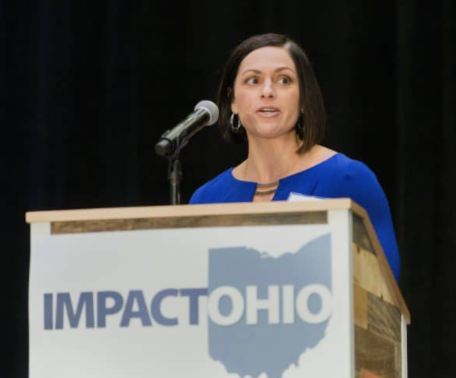 Jennifer serves as Chief Executive Officer for Impact Ohio and has more than 15 years of experience in government affairs. While earning her bachelor’s degree at Capital University, she got her start in government relations while interning with The Success Group. She returned to the firm in 2011, after working in legislative affairs for the Ohio Department of Commerce, where she served as lead staff on Ohio’s Foreclosure Prevention Task Force and focused on housing, real estate, financial institution, and federal policy issues. Previously, she served as a legislative aide in the Ohio Senate and on the Ohio Council on Women and Girls. Jennifer holds a master’s degree in Public Administration from Ohio University Voinovich School of Leadership and Public Service and is a past president of Ohio Women in Government. She was named a recipient of the Columbus Business First 40 Under 40 award.