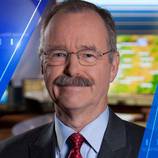 Jim Otte is a WHIO-TV Statehouse and I-Team Reporter and Host of WHIO Reports. at NewsCenter 7 with experience covering numerous stories around the Miami Valley. He grew up in Cincinnati, went to LaSalle High School, and graduated from Miami University with a degree in Communications. He has been at Channel 7 since 1988 after leaving the Ohio Public Radio Statehouse News. Otte has many awards, including Best Reporter by the Ohio Associated Press for 2007 and 2012, and a regional Emmy for a documentary on VA treatment of veterans with medical issues. In 2017, he was named to the Dayton Broadcasters Hall of Fame.