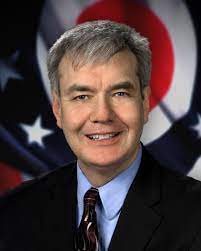 John Carey was appointed Director of the Governor’s Office of Appalachia by Governor Mike DeWine in February 2019.

John Carey served as the Chancellor of the Ohio Department of Higher Education from 2013 – 2018. As Chancellor, he worked to align higher education programs with Ohio’s job creation and workforce needs. Carey also implemented initiatives that increased collaboration among colleges, universities, technical schools and local businesses and community organizations.

Prior to joining the Ohio Department of Higher Education, Carey was Assistant to the President for Strategic Initiatives at Shawnee State University. He led university workforce initiatives, working closely with local businesses. Carey served in the Ohio House of Representatives and the Ohio Senate. He was the Mayor of Wellston for seven years.

A graduate of Ohio University, he lives in Wellston with his wife, Lynley, and two sons.