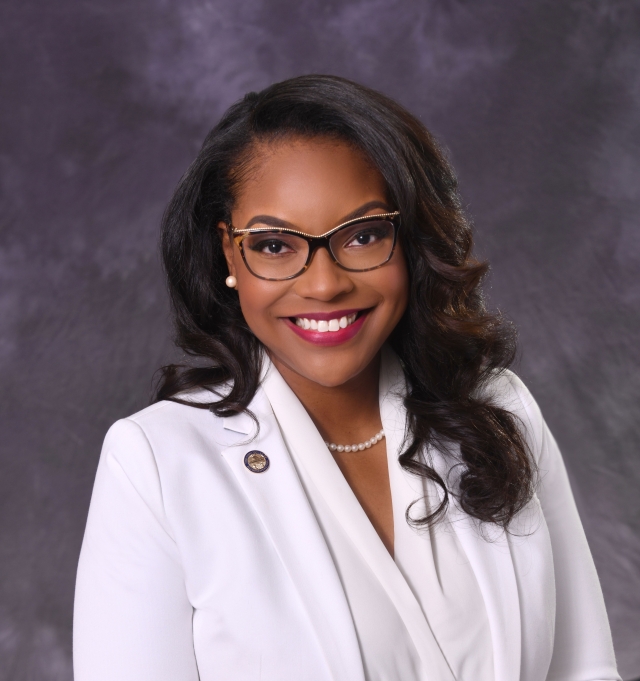 Born and raised in Akron, House Democratic Leader Emilia Strong Sykes was elected to represent her hometown (OH-34) in November 2014. With a strong sense of responsibility for the well-being of those that she serves, Representative Sykes has tackled the challenges of her district with unmatched passion and dedication. Leader Sykes serves as Democratic leader of the House minority caucus, a position to which she was elected by her colleagues.

As a representative, Leader Sykes has pushed an aggressive job creation plan, fighting to keep local jobs for local workers and expand opportunities for middle and working-class families in Akron. Leader Sykes understands the importance of quality education and job training for people to get ahead. She has supported young leadership and mentorship programs to inspire young people to reach their goals.

Leader Sykes previously served as Administrative Staff Advisor at the Summit County Fiscal Office, where she worked to establish a county land bank to repurpose vacant and abandoned properties. At Community Legal Services in Akron, Representative Sykes offered access to quality health and legal services to people in need. She also served as Law Clerk to the Chief Judge of U.S. Bankruptcy Court in the Northern District of Georgia.

In law school, she volunteered with the Intimate Partner Violence Assistance Clinic to educate women and girls about domestic violence and how to form positive relationships. From these experiences, Leader Sykes continues to place issues affecting girls and women at the forefront of her policy agenda.