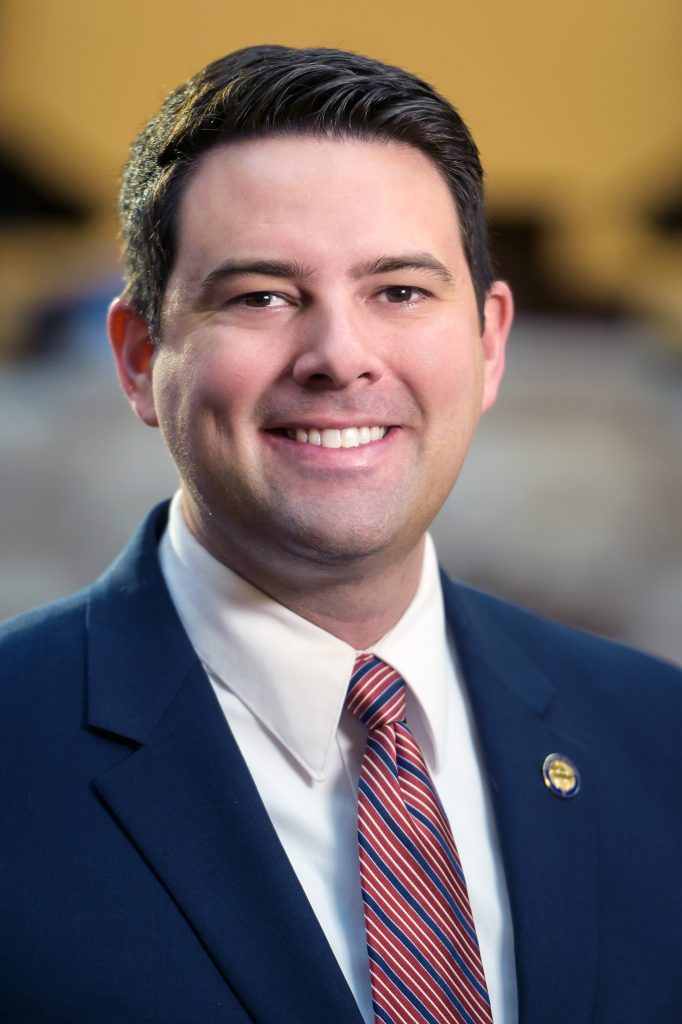 State Senator Rob McColley is serving in the Ohio Senate after being appointed in December 2017. He represents the 1st Senate District, which includes Defiance, Hancock, Hardin, Henry, Paulding, Putnam, Van Wert, and Williams counties, as well as part of Auglaize, Fulton, and Logan counties.

McColley graduated from Napoleon High School in 2003 and then went on to attend The Ohio State University, where he earned a Bachelor of Science in Business Administration with a major in Finance. He then attended the University of Toledo College of Law and graduated with a Juris Doctorate in 2010.

Prior to being appointed to the Senate, he represented the 81st Ohio House District as a State Representative where he also served in House leadership as Assistant Majority Whip.  Before being elected State Representative, he served in the Community Improvement Corporation of Henry County, where he oversaw economic development efforts for the county and worked to improve local workforce development efforts between manufacturers and schools in Henry and Williams counties.

In addition, he is a former trustee of the Ohio Fallen Heroes Memorial in Sunbury, Ohio, which honors Ohio’s men and women who have died in the war on terror. Other examples of his community involvement include formerly serving as a trustee of the Henry County Community Foundation, board member for the Henry County Board of Developmental Disabilities, a member of the OSU Alumni Club of Northwest Ohio, and a board member of the Center for Child and Family Advocacy.

Senator McColley lives in Napoleon with his wife, Denise, their daughter Anna, and their twin boys Matthew and Michael.