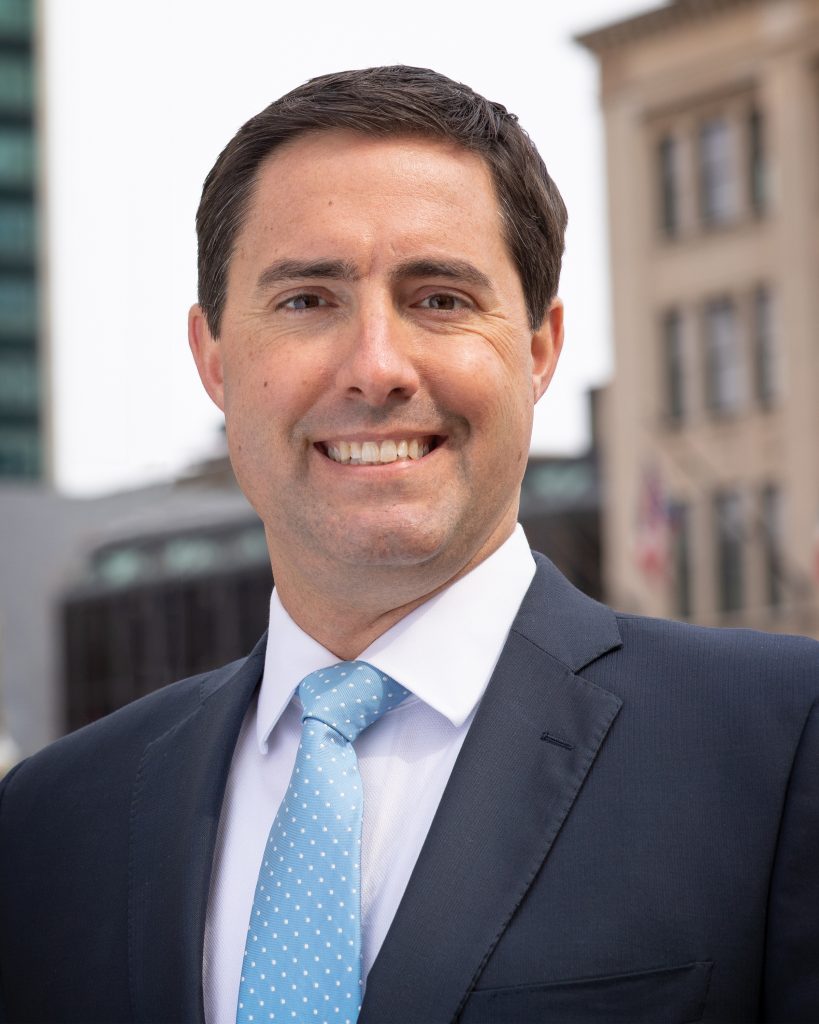 Frank LaRose took office as Ohio’s 51st Secretary of State on January 14th, 2019. Prior to being elected to statewide office, he served two terms in the State Senate representing the 27th Senate District in northeast Ohio. As Ohio’s Secretary of State, LaRose is doing his part to deliver a thriving democracy and a prosperous economy. In his role as Ohio’s chief elections officer, he’s working to ensure Ohio’s elections are secure, accurate, and accessible. He is also supporting Ohio entrepreneurs as the sole authority to receive and approve articles of incorporation for Ohio businesses.

In the legislature, Secretary LaRose spearheaded efforts to increase government transparency and efficiency, particularly in the areas of elections administration and regulatory reform. Among numerous recognitions, Secretary LaRose was named the Legislator of the Year in 2016 by the Ohio Association of Election Officials in recognition of his support and commitment to improving Ohio’s election process. He is currently serving a two-year term within the Aspen Institute as a Rodel Fellow – a bipartisan group of America’s rising political stars brought together to promote greater civil discourse. In May 2019, Secretary LaRose was presented the Business Champion Award by the Ohio Chapter of the National Association of Women Business Owners.

Secretary LaRose developed his strong work ethic and sense of responsibility at a young age while working on a small family-owned farm in northeast Ohio. After graduating from Copley High School, Secretary LaRose fulfilled a lifelong dream by enlisting in the United States Army with the 101st Airborne and ultimately served in the U.S. Special Forces as a Green Beret. During his decade in uniform around the globe, Secretary LaRose received numerous commendations and honors, including the Bronze Star.

Secretary LaRose continues to give back to his community since entering public service. He is the Jr. Vice Commander of the Fairlawn VFW and, as an Eagle Scout himself, Secretary LaRose now serves on the executive board for his local Boy Scouts of America Council.

Secretary LaRose, a native of northeast Ohio, graduated from The Ohio State University with a degree in Consumer Affairs and Business. He and his wife, Lauren, live in Columbus with their three daughters.