Impact Ohio is excited to announce that Lt. Governor Jon Husted will be speaking at the 2020 Post Election Conference on Thursday, November 5.  Lt. Governor Husted will speak from 12:30 p.m.-12:45 p.m. to give an update on Ohio’s economy and business climate as well as reflect on the election results.

We look forward to having Lt. Governor Husted at the conference to discuss issues that are important to Ohio. 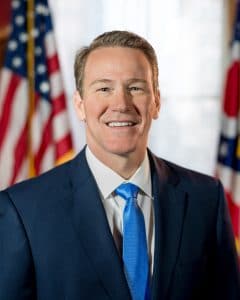