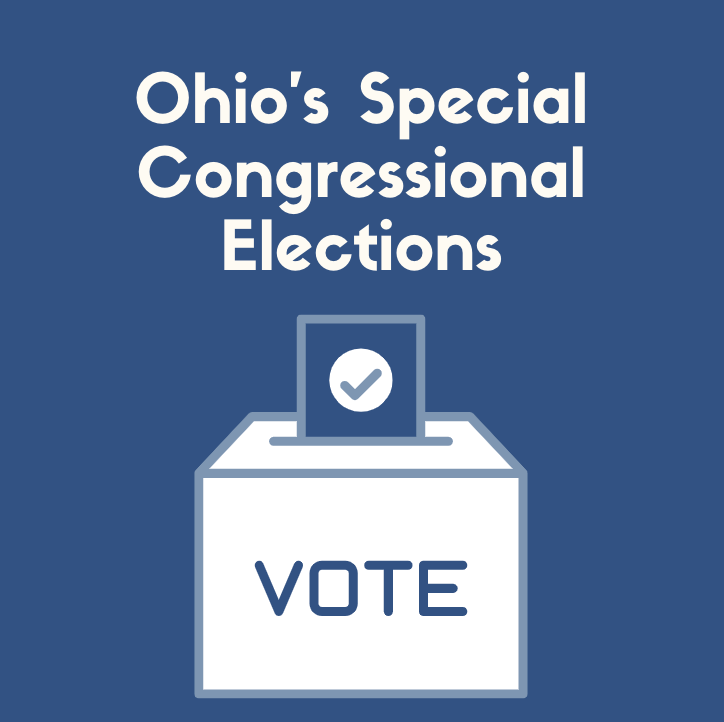 With the resignations of former Congresswoman Marcia Fudge (D-Cleveland) and former Congressman Steve Stivers (R-Upper Arlington), many Ohioans will have special elections this August and November to elect the next members of Congress for Ohio’s 11th and 15th Congressional Districts.  For both seats, the primary is set for August 3, and the general election will be held November 2.

Former Representative Marcia Fudge (D-Warrensville Heights) stepped down from her position in order to assume the position of Secretary of Housing and Urban Development within President Biden’s cabinet. Since 2008, Fudge represented District 11, which includes parts of Cuyahoga County and Summit County.

May 5 was the cut-off date for candidates to file in order to run and appear on the August 3 special election ballot for the 11th District.  There are 15 confirmed candidates who are running to replace Congresswoman Fudge, including 13 Democrats and two Republicans:

For the 15th Congressional District, candidates had until May 17 to file paperwork for the primary race to replace former Congressman Steve Stivers (R-Columbus), who recently started a new job as President and CEO of the Ohio Chamber of Commerce. Stivers had represented District 15, which spans from Upper Arlington to Athens to McConnelsville, since 2011.

There are 12 Republican candidates and two Democratic candidates who filed in order to run and appear on the August 3 special election ballot:

The August 3 primary will  narrow down the field to one Democratic candidate and one Republican candidate for each race.  The primary winners will then face off on November 2.