Coronavirus and the 2020 Primary Election

Due to the current Coronavirus crisis, Ohio’s primary election was postponed from its original date of Tuesday, March 17. The new primary election date, set by Secretary of State Frank LaRose, is expected to be Tuesday, June 2. For now, voters can continue casting mail-in ballots or cast a ballot in person on the new election day. In a press conference on March 16, Governor Mike DeWine, Lieutenant Governor Jon Husted, Secretary of State Frank LaRose, and Ohio Department of Health Director Amy Acton agreed that Ohioans should not have to choose between their right to vote and their health.

Many legislators have voiced their concerns regarding the status of Ohio’s primary election and intend to provide more clarity around the issue in the upcoming weeks. 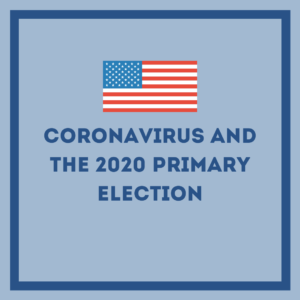