As the opioid epidemic continues to take its toll on families across the state, Ohio’s legislators have turned their attention to policies targeting the children of addicted parents. Over the past six years, there has been an 11 percent increase of children under state custody. Of the children removed from their homes in 2015, half had parental drug use at the time of removal and 28 percent had parents who used opioids.

According to 2017 data from the federal Adoption and Foster Care reporting system, Ohio was among the top five states with the largest increase in children entering the foster care system due to parental drug abuse—along with Wyoming, New York, South Dakota, and Wisconsin. The Public Children Services Association of Ohio reported earlier this year that more than 26,000 children in Ohio were in foster care at some point throughout 2018. At the time of the report, roughly 16,000 children were in custody across 7,200 foster homes, and approximately 100,000 grandparents were raising grandchildren—a 47 percent increase in kinship care.

H.B. 14, sponsored by Representative Janine Boyd, D-Cleveland Heights, and Representative Brian Baldridge, R-Winchester, works to create kinship navigator programs across the state. The bill would give the increasing number of family members taking in children a place to go for information and referral services. Ohio needs to “provide as much support as we can to Ohioans who have stepped up to care for children and their families who are in crisis,” said Representative Boyd. The bill passed in the House 94-1 on June 12.

The causes and effects of the opioid epidemic are complex. Local, state, and national leaders in various fields have been grappling with solutions to this public health crisis for years. Though the effect that addiction has on the children in our communities is devastating, bipartisan support for kinship care and foster care legislation demonstrates that Ohio’s legislators are dedicated to working together to help the state’s most vulnerable. 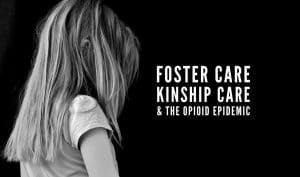