Inmates at the Cuyahoga County Corrections Center are dying before they ever receive their day in court. A 2018 inspection by the U.S. Marshal Service revealed inhuman conditions and civil rights violations in the downtown Cleveland jail, where nine inmates have died since 2017. The Marshal’s report found the jail in violation of 84 state mandated jail standards, despite state inspections repeatedly finding the jail to have little to no violations. Inmates were piled 12 deep in jail cells intended for only two people. Video footage of guards physically abusing restrained inmates sparked outrage and prompted a civil lawsuit against the county. The inmate’s attorney claims Cuyahoga County has long been ignoring complaints, continuing to operate outside of legal standards. In addition to leaked videos and law suits, the jail garnered an official F.B.I. investigation, a series of criminal charges, and national media attention.

Many Ohioans suspect this incident is not isolated to Cuyahoga County, prompting Governor Mike DeWine to take swift action. In early June, DeWine ordered an overhaul of the state system dedicated to inspecting local jails. Ohio jails are inspected against state standards annually—the Cuyahoga County Corrections Center will now be inspected monthly. These inspections will continue until the jail’s conditions improve significantly. DeWine also urges lawmakers to make legal changes to jail inspections, such as allowing them to take place unannounced. State oversight of county jails is historically underfunded and has long been an afterthought. The state’s Bureau of Adult Detention is tasked with inspecting 313 local jails each year, yet has a staff of just three inspectors. When county jails are inspected, it is often not thoroughly, with facilities inspected against only half of all required standards on average. The reform process thus far has involved allocating an additional $1 million dollars to the Bureau of Adult Detention and hiring seven additional jail inspectors. The state is also bringing a nurse onto the inspection team to help assess the quality of health care systems within the jails.

Uncertainty surrounding the state’s ability to enforce regulations on local jails in nothing new. For years the laws surrounding state enforcement have been vague, allowing local jails to essentially govern themselves. In 2004, the Ohio Department of Rehabilitation and Corrections (ODRC) was given authority to file lawsuits forcing compliance from local jails. However, the ODRC has yet to utilize this authority and in continuing with past trends, Annette Chambers-Smith, current Director of the ODRC, stated they are not likely to file a lawsuit against the Cuyahoga County Jail at this time. Policy director of the ACLU of Ohio, Mike Brickner, claims the changes are a good start but will only have real impact if the ODRC is given legal authority to enforce jail standards.

The Cuyahoga County Corrections Center is being used as a case study. David B. Malik, a civil rights attorney, claims, “the problems in the jail have been longstanding.” If Cuyahoga County was able to illegally operate a jail for such an extended period of time, there is cause for concern across the entire system in Ohio. DeWine is not the only one in support of increased oversight. The union representing corrections officers wrote a letter announcing their support of an overhaul of the state inspection system. The letter, sent by the Ohio Patrolmen’s Benevolent Association, applauded DeWine and pledged support and full cooperation. The union members have been filing complaints for years, citing the poor jail conditions, which have gone largely ignored. At this point, a complete system overhaul will likely require the combined efforts of the governor, state legislators, and local jail leadership and employees. 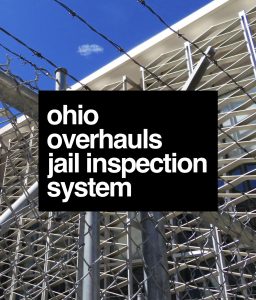