Toxic algae blooms and pollution in Lake Erie have posed threats to Northern Ohio’s drinking water and communities for decades. In recent years, the City of Toledo has issued “Do Not Drink” warnings to prevent locals from exposure to waterborne algal toxins like Microcystin that can permeate water treatment systems.

Algal blooms in the Western Lake Erie Basin are exasperated by nutrient pollution caused by excess amounts of nitrogen and phosphorus. These pollutants, produced by human activities including agricultural practices and fossil fuel use, often end up in ground water and are eventually washed into local water systems, such as the Maumee and Sandusky rivers, which feed into Lake Erie.

The Ohio Environmental Protection Agency recently announced that it is offering $3 million in grants to projects aimed at reducing algae blooms in Lake Eerie. The Ohio EPA notes that tackling these issues will be challenging, especially since pollutants often come from “nonpoint sources,” which are “the result of a land use and/or man-made changes to a river rather than flowing from a single point of discharge.”

Governor DeWine has voiced his concern regarding Lake Erie’s water quality and his intent in making it a priority within his administration. DeWine discussed the danger of invasive species in the Great Lakes alongside Michigan Governor Gretchen Whitmer in a meeting with President Trump in December. On February 8th, DeWine named Joy Mulinex to serve as the Governor’s Director of the Lake Erie Commission. Mulinex brings years of experience to the position, currently serving as the Director of Government Relations for the Western Reserve Land Conservancy. In her new role, Mulinex will help set and maintain the DeWine administration’s policies regarding Lake Erie.

Combating the threats posed to Lake Erie will be complicated. However, many citizens, activists, and government officials are dedicated to pursuing long-term solutions that limit algae blooms and water pollution in northern Ohio to ensure both ecological preservation and the safety of local communities. 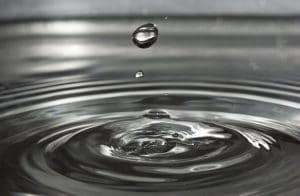