OGIL was created as a statewide program to improve childhood literacy. Since 1995, more than 128 million books have been sent to 1.5 million children. Much of the recent push for the program’s expansion has been by Ohio’s First Lady Fran DeWine.  OGIL operates through Ohio counties affiliated with Dolly Parton’s Imagination Library.  Once a county has an affiliation, parents may sign up to have free books mailed to them until their child ages out of the program. The program requires local sponsors to pay $25 per year per child, which is then matched by the state through OGIL.

Greene County has been a Dolly Parton’s Imagination Library affiliate since 2013.  In December 2019, the county celebrated delivering its 300,000th book through the program.  OGIL will now lessen the financial burden of purchasing books by matching local funds. The Ohio General Assembly committed $5 million to the program in fiscal years 2020 and 2021.  When the program began, only 24 counties participated in Dolly Parton’s Imagination Library. First Lady Fran DeWine is dedicating to bringing the program to all 88 Ohio counties so that every Ohio child may participate.

Studies show that early childhood literacy is the key to success in the classroom. By having just 25 books in the home, a child is likely to achieve two additional years of education.  OGIL guarantees that participating children will have 60 books by the time they start kindergarten. The program has proved successful at the Cincinnati Children’s Hospital, which partnered with Dolly Parton’s Imagination Library in 2015.  In this case, Kindergarten Readiness Assessments rose by 15.4% among participating children from 42.9% in the 2016-2017 cohort to 58.3% in the 2018-2019 cohort.

A child is four times more likely to drop out of high school if they have poor reading skills.  This leads to difficulty in finding employment. According to Seeds of Literacy, 87% of the jobs posted on ohiomeansjobs.com require a high school diploma, though approximately 724,500 working-age adults across the state do not have one.  Proponents of OGIL hope that by proving books, Ohio’s children will have a better foundation to achieve success in school and the workforce. 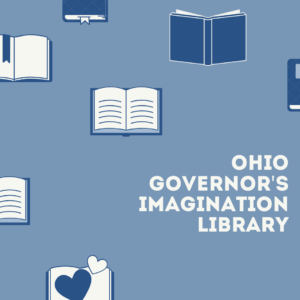