“The State of Racism & Racial Equity in Ohio” Panel Announced

Impact Ohio is pleased to announce the panelists for “The State of Racism & Racial Equity in Ohio” session at the 2020 Post Election Conference. The panelists will focus on racial equity in Ohio, speak about how racism affects Ohioans, and discuss actions the General Assembly is taking to address racism and racial equity.

The 2020 Post Election Conference will be virtual on Thursday, November 5. “The State of Racism & Racial Equity in Ohio” will run from 9:00 a.m.-10:00 a.m. Attendees will be able to ask questions of the panelists and interact with other attendees through the conference’s virtual platform.

The panel will be moderated by Christie Angel, CEO of  YWCA Columbus, and panelists will include Senator Hearcel Craig, Senator Dave Burke, and Representative Stephanie Howse.

Christie Angel joined YWCA Columbus in 2017 as Chief Executive Officer. Angel leverages her change management and community experience after working more than two decades in the private and public sectors of Columbus. She is now boldly guiding the agency through the COVID-19 pandemic and the current social justice movement with the transformation of the agency’s Leadership and Social Justice Department and the launch of a new racial equity training program. Angel also helped form a coalition of African American government, nonprofit, and religious leaders to reform practices that reinforce systemic racism in Central Ohio such as declaring racism a public health crisis, police reform and other action items. Prior to joining YWCA Columbus, Angel was principal of government relations and public affairs for Calfee Strategic Solutions. Previously, she was deputy chief of staff and external affairs and services director to former Columbus Mayor Michael B. Coleman. Angel also worked in the corporate government and community relations field for a Fortune 10 telecommunications company and a boutique consulting firm.  She also spent the early years of her career working for Columbus City Council and in the non-profit sector on housing and homeless issues. Angel currently serves on the boards of Campus Partners for Community Urban Redevelopment, the Greater Columbus Arts Council, and the Human Service Chamber of Franklin County.  She is a member of the Columbus Chapter of the Links, Inc. and the International Women’s Forum.

Senator Hearcel Craig is serving his first term as state Senator, representing Ohio’s 15th Senate District, following two two-year terms as state Representative. He began serving Columbus residents as legislative liaison for the Ohio Department of Youth Services. Craig continued his work with young people when he served as director of recruitment & admissions for City Year. Next, he became executive director of the Hilltop Civic Council. Later elected as a Columbus City Councilmember, Craig led the city’s Veterans Affairs Committee and served as the chair of the Recreation, Public Utilities, Health & Human Services and Judiciary committees. During the past three decades, Craig has volunteered his time as a trustee on numerous community service boards, many of which focused on education. He recently served on the board of the Military Veterans Resource Center. Craig also served as board chair for the Alliance for Cooperative Justice, board chair for the Franklin County Prevention Institute and chair of the State Education Committee for the Columbus Chapter of the NAACP. Craig was named the 2011 Public Servant of the Year by Community Shares of Mid-Ohio. Craig earned a Master of Science in Administration degree from Central Michigan University and was a Join Together National Leadership Fellow at Boston University School of Public Health. Craig pursued a Graduate Studies degree in Theology from Ashland Theological Seminary and is a graduate of Leadership Columbus and Leadership Ohio. He proudly served our nation in the United States Army from 1970-1972.

Senator Dave Burke proudly represents the families and communities of Ohio’s 26th Senate District. Looking to help improve his community, Senator Burke was elected to Marysville City Council in 2002 and became Vice-President of the Council in 2005. In 2008, he was elected to the Ohio House of Representatives and was re-elected again in 2010. While in the House, Burke pushed for legislation – now law – that addresses the growing problem of prescription drug abuse in Ohio and helps keep synthetic drugs out of the hands of young Ohioans. As a member of the Ohio Senate, Burke puts his extensive knowledge and expertise of the healthcare industry to work as Chairman of the Medicaid Committee. He also serves as a member of the Agriculture Committee, Finance Committee, Government Oversight and Reform Committee, Financial Institutions Committee, and Rules and Reference Committee. Senator Burke has been recognized numerous times for his work in the legislature. He was named Legislator of the Year in 2012 by NAMI Ohio, and recently by the Ohio Association of Election Officials. He has also been recognized by the Ohio Pharmacists Association (2012 Good Government Award), the Ohio Psychological Association (2012 Public Service Award), Ohio Association of Area Agencies on Aging (2011 Elected Official Advocacy Award), and Voices for Ohio’s Children (Champion for Children’s Healthcare). He graduated from Ohio Northern University with a bachelor’s degree in pharmacy and later obtained an MBA from Capital University. Since 1997, he and his wife have owned and operated Dave’s Pharmacy in Marysville, Ohio.

Representative Stephanie Howse was born and raised in Cleveland, Ohio and has lived most of her life in the Ward 7 community. Howse currently serves as the Ohio Legislative Black Caucus’s President and is a co-founder of the Ohio House Black Maternal Health Caucus.  Howse is a graduate of the Cleveland School of the Arts where she studied vocal and instrumental music. After high school, Howse earned her undergraduate degree in Civil Environmental Engineering from Florida A&M University and her Master’s degree in Environmental Studies from Cleveland State University. In 2002, while studying for her Masters and working a full time position with Stephan J. Sebesta & Associates, Inc, Howse took the first step in heeding her call to public and community service by starting Footprints. In addition to her work with Footprints, Howse’s work in Ward 7 was expanded when she was appointed to Cleveland City Council after the passing of the late Honorable Fannie M. Lewis. Representative Howse’s desire to be a public servant was inspired by her mother Annie L. Key, a former State Representative. In addition to Howse’s experience as an engineer, her career experiences include being selected as a Fellow – Cleveland Executive Fellowship a program of the Cleveland Foundation, Cleveland Field Director – Ohio Democratic Party, Substitute Teacher – Cleveland Metropolitan School District and Consultant – Notable Interactions. She recently served as the Admissions and Community Outreach Coordinator for the Entrepreneurship Preparatory School (E Prep) and Village Preparatory School (Village Prep). 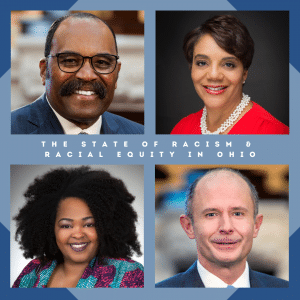