The 2019 Impact Ohio Akron Regional Conference was a successful one with elected officials, policy professionals, and those interested in business and government in attendance. Nearly 200 people attended the conference at Quaker Station at the University of Akron on Tuesday, April 23.   Speakers covered issues relating to civility in politics, early childhood experiences, and improving the Greater Akron economy. We were pleased to be joined by Lt. Governor Jon Husted, Secretary of State Frank LaRose, and Treasurer of State Robert Sprague.

It wouldn’t have been possible without our sponsors and speakers!  Thank you!

The Honorable Jon Husted, Lt. Governor of the State of Ohio

Dr. John Green, Interim President of The University of Akron and Director of the Ray C. Bliss Institute of Applied Politics 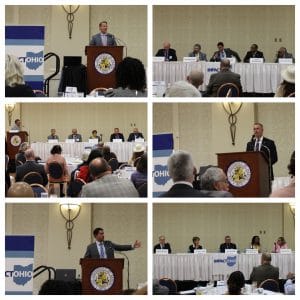 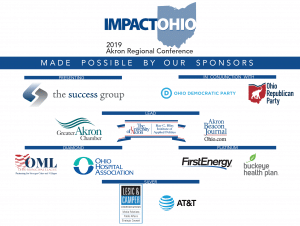