Legislature Weighs in on College Affordability 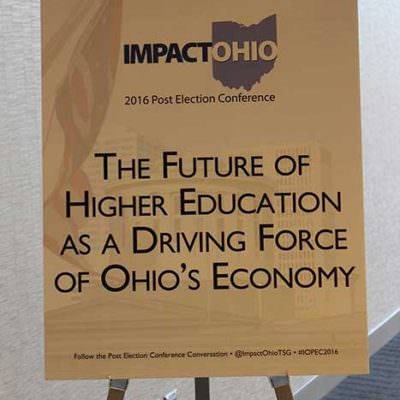 At the first hearing of the Joint Committee on College Affordability, Chancellor of High Education John Carey testified that Ohio’s efforts to make college more affordable have made a difference.   In his testimony, Carey credited the administration and legislature’s efforts for improving the affordability of Ohio’s public universities and community colleges.

Carey noted that tuition increases at Ohio’s public universities and community colleges have been well below national averages over the last 10 years.  This is due in part to measures in the last several budgets aimed at keeping costs down.  The most recent budget bill, HB49, froze tuition and fees at all public universities and allowed only moderate increases at community colleges.

Chancellor Carey also lauded the effects of recommendations made by the Ohio Task Force on Affordability and Efficiency in High Education. Their recommendations included requiring public universities to collaborate and report annually on savings from shared services and operational efficiencies.  The chancellor testified these efforts have resulted in $225 million in savings over the last two years, and projects $1.3 billion in savings over the next five years.

The state also continues to expand and improve programs aimed at reducing the cost and time it takes to get a college degree or workforce credential.  Programs like the College Credit Plus Program were expanded in the last several budgets, resulting in more students entering college with credits. In the 2016-17 school year, 800 students in the College Credit Plus Program were able to receive a college degree while still in high school.

However, Ohio’s public universities still have some way to go.  Average tuition at an Ohio public university is 108% higher than the national average.  The Ohio Department of Higher Education (ODHE) points out that although this metric is high, it has decreased from 140% in 2008 and ODHE is committed to greater reduction.

Committee member Sen. Matt Dolan expressed concern that making college more affordable would drive people away from skilled trade jobs, which are in demand in Ohio.  Member Rep. Niraj Antani said he hopes the committee takes on the issue of student debt in upcoming meetings noting that the amount of student debt in Ohio has grown significantly in the last several years.  Committee Chairman Sen. Steve Wilson said the committee will continue to meet and issue its report by its September deadline.

At least one gubernatorial candidate has weighed in on the debate on college affordability. Democratic candidate Richard Cordray says he would make community colleges free for those who can attend. Republican candidate Mike DeWine has not come out in support of free community college but has said his administration’s education agenda would focus on young children and reducing the workforce skills gap.