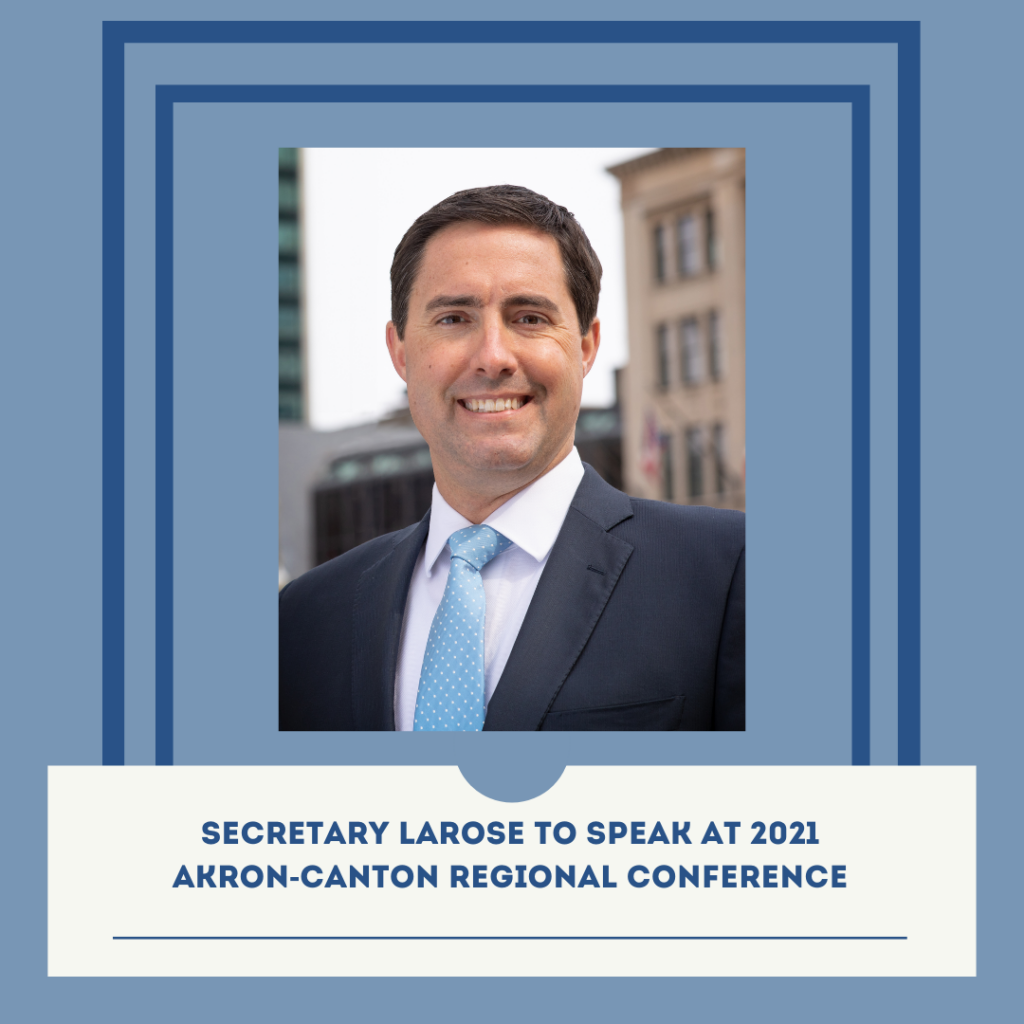 We are pleased to announce that Secretary of State Frank LaRose will speak at the 2021 Impact Ohio Akron-Canton Regional Conference at 8:45 a.m. The conference will be held virtually on Friday, April 23.

We are excited to welcome Secretary LaRose to our event to discuss the importance his office plays in Ohio’s elections process and the state’s business environment.