After winning The Smart City Challenge and receiving a $50 million grant to transform Columbus into a Smart City, community leaders hope to use some of this money on an initiative to reduce infant mortality rates.  The infant mortality rate in Franklin County is high above the national average.  Having a child in an urban environment can be difficult especially when public transportation is lacking.  Without a speed rail of any kind, Columbus residents rely on the city’s bus network to reach their desired destination.  This is a difficult and strenuous journey for expectant mothers and newborns.  Not only are bus routes sparse, but lack of time has led to many missed doctor appointments amongst low-income women.  This poses a major public health issue to both mother and child, who struggle acquiring adequate health care.  Juggling employment, doctors’ appointments, and unreliable transportation creates a high level of stress amongst new mothers which leads to premature delivery, the most common infant killer.  Additional complications and prenatal conditions go undetected and untreated.

Leaders in Columbus are hoping that through smart transportation they can improve mobility around the city, easing the medical burden on mother and newborn.  The initial proposal brought together CelebrateOne, an infant mortality task force, and Smart City officials to gather data and devise a plan to connect low-income residents to jobs, medical care, and education through a complete transportation revamp.  This proposal included universal transit cards that would be valid through any form of transit, sidewalk kiosks which residents could use to add funds to these cards, and autonomous vehicles that would help provide “first and last mile” connections.  This connection is crucial for expectant mothers who are often unable to walk the extra distance between “end of the line” bus stops and doctor offices.  Less glamorous, but just as important, the proposal looks to take advantage of Big Data. Big traffic data uses locations retrieved from technologically connected cars, trucks, buses, and smartphones to observe the general flow of people and gauge the effectiveness of different transportation models.  Essentially, this would allow city planners to analyze where women who require clinic services are and aren’t coming from, so they can tailor transportation services directly to areas of highest need.

Experts worry that the changes are too broadly focused, and like many public policy initiatives, their benefits will not trickle down to benefit those who are most in need of their services.  In hopes of narrowing the focus of the program, Smart City technicians look to launch a pilot program in the low-income area of South Linden. Many advocates of this program hope to see an expedited “roll out” process as infant mortality rates continue to rise, and women at risk of unhealthy pregnancies need medical treatment now, not months from now.  These equity goals are less flashy than the idea of driverless cars whizzing around a bustling downtown Columbus, but that does not make them any less important as for many mothers the implementation of smart transportation is a matter of life and death. 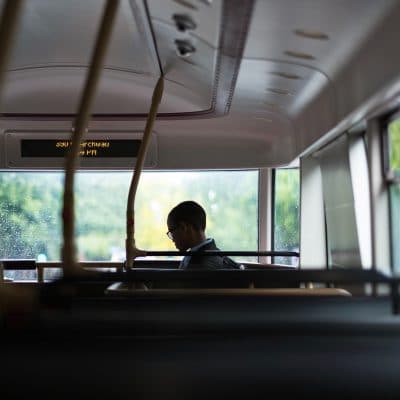