Impact Ohio is excited to announce the panelists for “The Budget: Ohio’s Funding Outlook” session at the 2020 Post Election Conference.  We have invited experts to discuss the details of the state budget and how the budget impacts the lives of Ohioans.

The 2020 Post Election Conference will be virtual on Thursday, November 5. “The Budget: Ohio’s Funding Outlook” will run from 2:15 p.m.-3:15 p.m. Attendees will be able to ask questions of the panelists and interact with other attendees through the conference’s virtual platform.

The panel will be moderated by McKenzie Davis and panelists will include OBM Director Kimberly Murnieks, Senator Vernon Sykes, and Representative Bill Seitz.

McKenzie Davis’s early interest in politics and government were fueled by his work in the White House Communications Office and from staffing numerous campaigns. He returned to Columbus to earn his juris doctorate at Capital University Law School. While attending law school, Davis interned at The Success Group and two prominent Columbus law firms. He also served as an Ohio Supreme Court Extern for Justice Evelyn Lundberg Stratton during law school. Prior to re-joining The Success Group, Davis served as the Director of Government Affairs for the Ohio Academy of Nursing Homes. Davis served the Board of Professional Conduct for the Ohio Supreme Court for nine years.  He currently serves on the Board of Commissioners on Character and Fitness for the Ohio Supreme Court.

Kimberly Murnieks was appointed director of the Office of Budget and Management by Governor Mike DeWine in 2019. Serving as the chief financial officer under the leadership of Governor DeWine, she oversees an office that develops, coordinates and monitors the individual budgets of state agencies, provides the governor and administration with policy analysis, and reviews all financial transactions made with public funds. Director Murnieks also serves as a member of the executive committee of the National Association of State Budget Officers, representing the Midwest. From January 2011 through 2018, Director Murnieks was the chief operating officer for the Ohio Attorney General’s office. Prior to joining the Attorney General’s leadership team, Director Murnieks served in senior staff roles at the Ohio Department of Education from 2000 to 2010, including executive director overseeing the Center for School Options and Finance, chief program officer for the EdChoice Scholarship, policy advisor for the Office of Information Technology and deputy chief of staff. Her career in public service began as a budget analyst with the Office of Budget and Management in 1996. Director Murnieks is a summa cum laude graduate of Marietta College with a bachelor’s degree in political science, and graduated from the John Glenn College of Public Affairs at The Ohio State University with a Master of Public Administration specializing in public finance. She also is an American Mensa member.

Senator Vernon Sykes is currently serving his first term in the Ohio State Senate, representing the 28th district. He previously served in Akron City Council and the Ohio House of Representatives. Since 2001, Dr. Sykes has passed along his experience in public service to students as a professor of Political Science and Director of the Columbus Program in State Issues at Kent State University. His dedication to his constituents earned him several leadership positions while a member of the Ohio House of Representatives. He served as Assistant Majority Floor Leader, Chair of the House Finance & Appropriations Committee, Chair of the Joint Committee on Agency Rule Review, Co-Chair of the Ohio Constitution Modernization Committee, and Co-Chair of the Budget Planning & Management Commission. He was also honored to be chosen as President of the Ohio Legislative Black Caucus. He has been the recipient of several distinguished awards throughout his career. Dr. Sykes earned his B.B.A. in Management and Organizational Behavior from Ohio University. He also holds a Masters of Social and Applied Economics from Wright State University and a Masters of Public Administration from Harvard University. He later earned a Ph.D. in Public Administration from the University of Akron.

State Representative Bill Seitz began his public service career as a member of the Cincinnati Board of Education and the St. Antoninus Parish Education Commission. He was twice elected Green Township Trustee, where he also served as President of the Hamilton County Township Association. Beginning in 2000, Seitz served in the Ohio House of Representatives for almost seven years. There, he rose through the ranks, serving as Majority Whip and Assistant Majority Whip and chair of the Civil and Commercial Law Committee. Seitz then went on to serve in the Ohio Senate from 2007 to 2016 before returning to the Ohio House where he is now serving the 30th House District in his second consecutive term.  In the Senate, Seitz served as Chairman of the Public Utilities Committee and Vice-Chairman of the Government Oversight & Reform Committee. A lawyer since 1978, he is currently of Counsel with Dinsmore and Shohl and for over ten years he has been listed in the Best Lawyers in America book. Representative Seitz is an alumnus of the University of Cincinnati, where he graduated summa cum laude with an undergraduate degree in history. He also earned his Juris Doctorate from the University of Cincinnati College Of Law, where he distinguished himself as a member of the Order of the Coif and was selected to the Law Review. 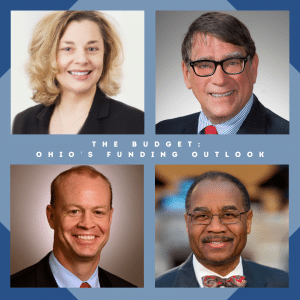