The leaders of the 134th General Assembly have been announced, and there are some new faces joining the leadership teams along with several returnees.

We look forward to seeing all that these leadership teams will accomplish in the 134th General Assembly. We wish them all the best. 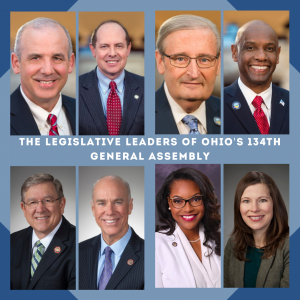