The 2021 Impact Ohio Akron-Canton Regional Conference was held virtually on Friday, April 23 with more than 130 attendees.

The conference began with an analysis of Ohio’s unemployment and election capabilities by Secretary of State Frank LaRose which was followed by an in-depth discussion among Ohio Legislators about the 2022-2023 state budget that is currently being debated in the General Assembly. Education-related issues present in the budget were discussed at length, as well as the proposed tax cut and home health care workers.

In the next panel, community leaders examined the Akron-Canton Metroplex, and what it means for regional growth. The influence of education and connecting Akron-Canton to the world were emphasized during this discussion.

Lastly, the chairs of the Ohio Democratic and Republican Parties met to discuss collaboration, elections, and opinions on current political topics. 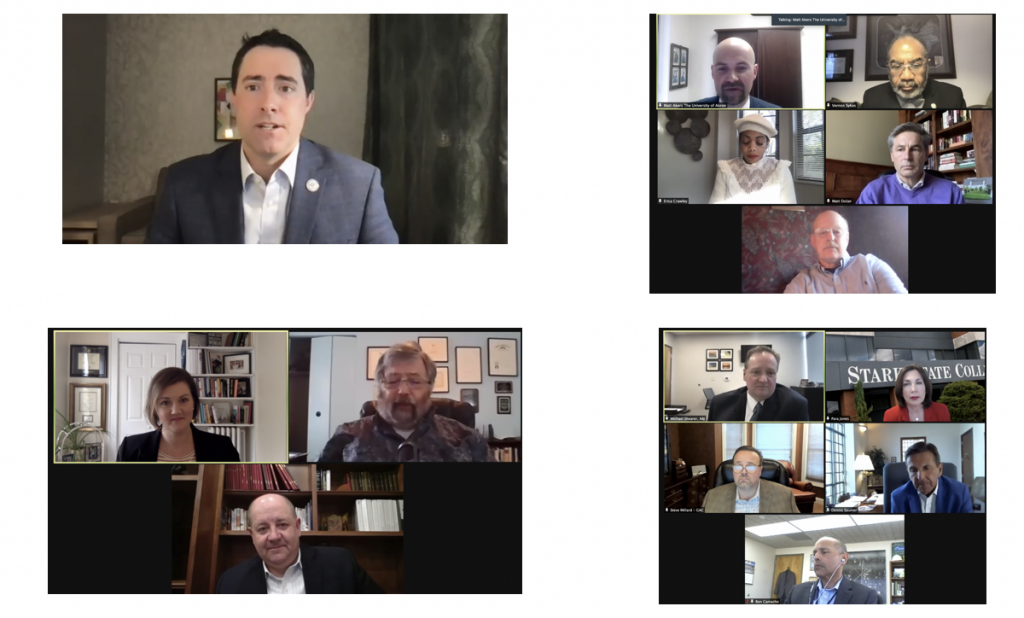